The new dark mode setting is a massive improvement in low light navigation situations. If you’re a Sea Drive Pro user you can enable dark mode in the app settings, or you can have it sync to your device setting. I cannot overstate its utility, whether you’re arriving back at port later than expected or your planning for overnight passages, with dark mode enabled your eyes will thank you. 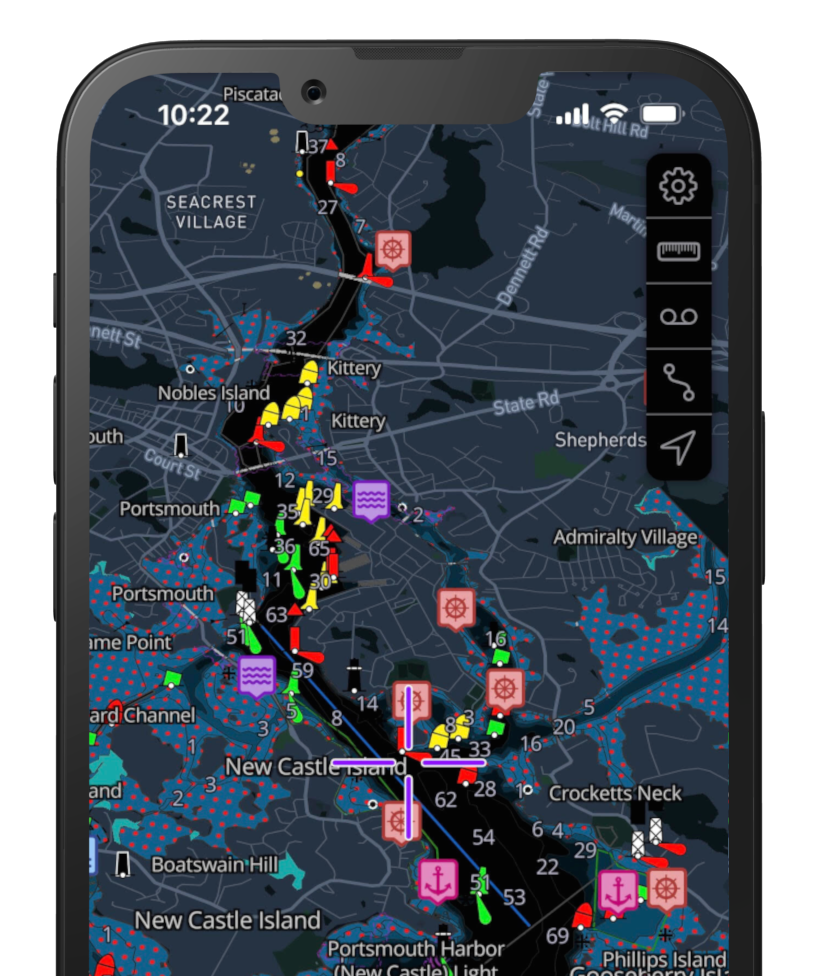 Allow me to share a little personal anecdote- I grew up on a lake and we had a ski boat. It was a Mastercraft X-Star for those who are wondering. Once a year on the fabled 4th of July a wealthy family who lived on the lake would run their own fireworks show over the lake. It was an awesome experience, you’d ride up on your boat, throw the anchor, cozy up, and watch the fireworks. The noise would echo around the surrounding mountain ranges which added to the effect. Those late nights on the lake form some of my favorite memories. However, once the show was over we were faced with the task of navigating amongst dozens of other boats in the dead of night, many of which were headed back to the same marina. The X-Star had a good set up where the courtesy lights would dim, the helm would switch to red lighting, and the navigation lights would turn on… except one critical flaw. The stereo control unit lacked any sort of dimming, instead it was a blaring box of white light. With everything else properly in night mode it was like a flashlight being pointed in your eyes. I remember motoring home with one hand covering the display and the other hand on the helm. In later years I got a bit smarter and would cover it with a towel. The lesson was learned at an early age, bright lights in the dead of night are extremely annoying and potentially dangerous.

With Sea Drive we’ve made a conscious effort to make night navigation better. I’ve stayed up late working on the app, testing color schemes, turning off all the apartment lights, and getting the all important feedback from real users at sea. We hope the new dark mode makes navigation a little easier and a little safer.